How to Choose the Tarot Deck for Your Reading.

The number of different tarot decks has grown by a lot since the first decks came out. That makes it difficult for some folks to understand the difference between Tarot and Oracle cards.

Choice is great for most people as they like to have different options, but it can leave others wondering what tarot deck they should get for the reading they have in mind. It can be very confusing for someone not too familiar with tarot or oracle cards.

Offering a choice of tarot decks for your readings is meant to give you variety so you can feel a greater connection to your reading with a deck you like. It’s not meant to cause you stress figuring out which ones you want. If you find making a choice is too complicated simply check “Choose for me” and I’ll pick the deck that I feel will give you the best reading.

Let’s try to clear up some of the confusion.

There are three main types that tarot decks fall into – Tarot decks, Oracle decks and Lenormand decks which are Oracle decks but to my thinking it deserves its own category.

Tarot decks themselves have separate categories, Rider-Waite, Thoth, and Marseilles with each having slight differences. I’m not going to get too deep into each of these. Different decks are based on one of these. For myself I prefer decks based on Rider-Waite.

These decks use Major and Minor Arcana cards, though some decks may use only Major Arcana. A full Tarot deck will have 78 cards and use four suits. The decks may have slight differences in meanings of cards, and how the cards are used, example, reversals or no reversals. Most decks stick to the basic tradition of the Rider deck.

Tarot decks also have a lot of symbolism going on in their images. For the Queen of Wands you have – the queen sitting on her throne holding a staff in her right hand and a sunflower in her left hand. The arms of the throne are lions’ heads. In front of her sits a black cat. A tapestry behind her repeats the theme of lions and sunflowers. Behind her are three pyramids.
There’s a lot going on in this image and a reader can choose which symbols to use for a particular reading.

Tarot decks can be thought of as more oriented toward divination – though this is dependent on your reader. For myself, I don’t believe the future is set, the future depends on what you do, so I don’t do a ‘this will 100% end up this way’, but more of a ‘this is one way things could end up’.

For example – let’s say you asked – Will I be successful in my new job? I shuffle the cards and pull three cards. I read how many are upright and how many are reversals. Then I read the three cards. Let’s say the answer using the upright positions of cards is a Yes. Awesome! Then the three cards say – hard work – persistence – aid from another. I’m going to add that into the reading. If you don’t work hard, and be persistent and accept help from others – obviously the outcome may not be a yes.

That may be different from how other readers use the tarot decks but it gives you a basic idea.

Oracle decks are the free spirits of the tarot world. They can have any number of cards, though most often there are fewer cards to a deck. They don’t follow any strict traditions or rules, no Major or Minor Arcana, and most are not arranged by suit. Decks are more theme based. And each deck can be completely different from any others.

Each Oracle deck has it’s own theme and comes with a spread or two that you can use to get you started. Some decks can use any spreads, others are more suited to certain ones.

Lastly, you can combine oracle decks if you want to, or pull a certain number of cards before doing a tarot reading, again, if you wish to.

Lenormand are Oracle cards that have their own traditions. They are most often, not always, a smaller sized card. The reason for the smaller size is that some spreads call for the entire deck to be used and smaller cards fit on a table better.

I do want to say that other spreads can be used with Lenormand decks, you don’t have to use the entire deck.

Most decks in the Lenormand genre will follow the basic card meanings. The meaning is on the card and is one word – fox – (trickery, cunning), clouds – (confusion, secrets), ring – (commitment, promise) and so on. While you can get different images on the cards, like, Fairy decks, Golden Deck etc, the images will reflect the card’s themes, but the meanings will generally stay the same. The cards are read differently as well, most often as pairs.

All three types of tarot card decks are different and each type gives its unique messages to be interpreted as we need them.

If you are looking for a deck to buy for yourself, check out the different ones without giving yourself too many restrictions. View as many images of the cards as you can find. Read whatever you can find on the deck, though sometimes that’s not a lot. Settle on the one you are drawn to, just jump right in.

If you are thinking of buying a reading from me, I have a more detailed view of the decks I use to give you an idea which deck you would like a reading from. You’ll find some spreads are limited to a certain deck, those are special spreads set out by the deck author.

There aren’t a lot of deck choices on this site, I do all readings by hand regardless of how I deliver it to you, and I like to have a definite connection to a deck before I offer it for a reading. If you don’t want to decide on a deck, I generally have a “Choose for me” option. Don’t stress over it, tarot should be a fun and rewarding experience. It may all seem complicated at the start but it will turn out just fine. 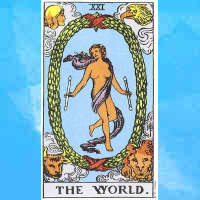